In this article, we take a look at the interesting history of stocks & shares ISAs. The best stocks and shares ISAs have been with us for so long now, that it’s easy to presume that these tax-efficient investment accounts have always been offered by banks.

But this is far from the case. Let’s trace the history of stocks & shares ISAs back through time, to discover when the idea was conceived, and how they evolved over time to become one of the most useful savings vehicles ever launched.

Which are the best stocks & shares ISAs?

We’ve shortlisted the best of the best stocks & shares ISAs below to help your search:

Large UK trading platform with a flat account fee and a free trade every month. Cheapest for investors with big pots.

The UK’s no. 1 investment platform for private investors. Boasting over £135bn in assets under administration and over 1.5m active clients. Best for funds.

Buy and sell funds at nil cost with Fidelity International, plus simple £10 trading fees for stocks & shares and ETFs.

The modern stocks & shares ISA wasn’t conceived under even the same name. In 1987, two savings accounts were launched; the General PEP and the Single Companies PEP. The letters in PEP stand for ‘Personal Equity Plan’, and as the name suggests, it was an investment account with many similarities to a stocks and shares ISA.

General PEPs could hold funds, whereas the Single Companies variant allowed account holders to directly buy shares. The accounts were essentially capital gains tax and income tax free. It appears that this key feature of the account has remained to this day.

PEPs began life with an allowance of £2,400, which applied on a calendar year basis. By 1998 this allowance has generously grown to £9,000; more than tripling since it was first launched.

By 1999 the PEP was replaced by an account with a familiar name; the ISA. The distinction between individual companies and collective investments was lost. For the first time, shares and funds could be held in a single, tax-sheltered account known as a ‘Maxi ISA‘. The cash ISA was also launched at the same time although this was known by the name ‘Mini ISA’.

At launch, the Maxi ISA had a deposit limit of £4,000 per tax year, with a further £3,000 permitted in a Mini ISA, resulting in a total of £7,000 which could be saved across both accounts. Curiously, this was a step back from the £9,000 allowance of the PEP scheme it had recently replaced.

So investors who could afford to put away more than £333 per month certainly lost out.

Almost twenty years after PEPs were introduced to the world, the Maxi ISA terminology was ditched and they began to be widely known as Stocks & Shares ISAs.

Incredibly, at this stage the deposit limit remained at roughly the same levels as 1999. This perhaps reflects the political ideology of the Labour government at the time.

An increase in ISA deposit contributions is seen to benefit the rich because only those on higher incomes can afford to take advantage of the additional allowance. Also, wealthy individuals are taxed at a higher marginal rate of income tax, which means that the tax-saving per £1 of income received within an ISA is significantly higher.

Savers were also given the option to convert any cash ISA savings from previous tax years into a stocks & shares ISA.

It would be outlined in 2010 that future increases in the allowance would be linked to the Retail Price Index or RPI, ensuring that the benefit maintained its value in real terms.

The reforms of 2014 and 2015 made sweeping changes to the restrictions on how ISA accounts could be transferred and withdrawn. Savers gained the ability to:

Given that this isn’t far from the average salary of an adult aged 20 – 30, it’s far to say that this is a generous limit that many can only dream of exceeding.

If you are interested, £20,000 per year equates to £1,666 per month. Therefore, to fully utilised the modern stocks & shares allowance, you would need to earn a pre-tax salary of £25,000 per year and save all of your income.

A more realistic scenario would be if you earned £65,000 per year and save 43% of your take-home pay, which would be £3,862 per month (assuming no salary sacrifice deductions or student loan repayments).

It is clear to see from these examples that the last decades’ increases in ISA allowances have mainly benefitted high-earning professionals, managers and technicians who can afford to save a significant sum each month.

Someone earning £65,000 per year will be paying higher rate tax on interest and dividends held outside of an ISA. Therefore, the benefit of sheltering that interest within an ISA is a serious prize.

Outside an ISA, a dividend income of £6,000 per year would attract an income tax of almost £2,000, so only £4,000 would reach the investor’s pocket. Inside an ISA, that £6,000 dividend would remain untouched by the taxman. That’s a comparative increase of 50%. This makes stocks and shares ISAs an invaluable tool for dividend investors in the higher rate tax bracket.

Take a look at these fascinating books to discover more about stocks & shares in general, and how to use ISAs, what to invest in and other legal tax avoidance strategies to minimise the tax you need to pay on your investments:

I hope that some of these great books will guide you through the history of the stock market and investing in general. They certainly helped me in extraordinary ways.

Everything you need to know about stocks & shares ISAs

We can help you compare the best stocks & shares ISAs 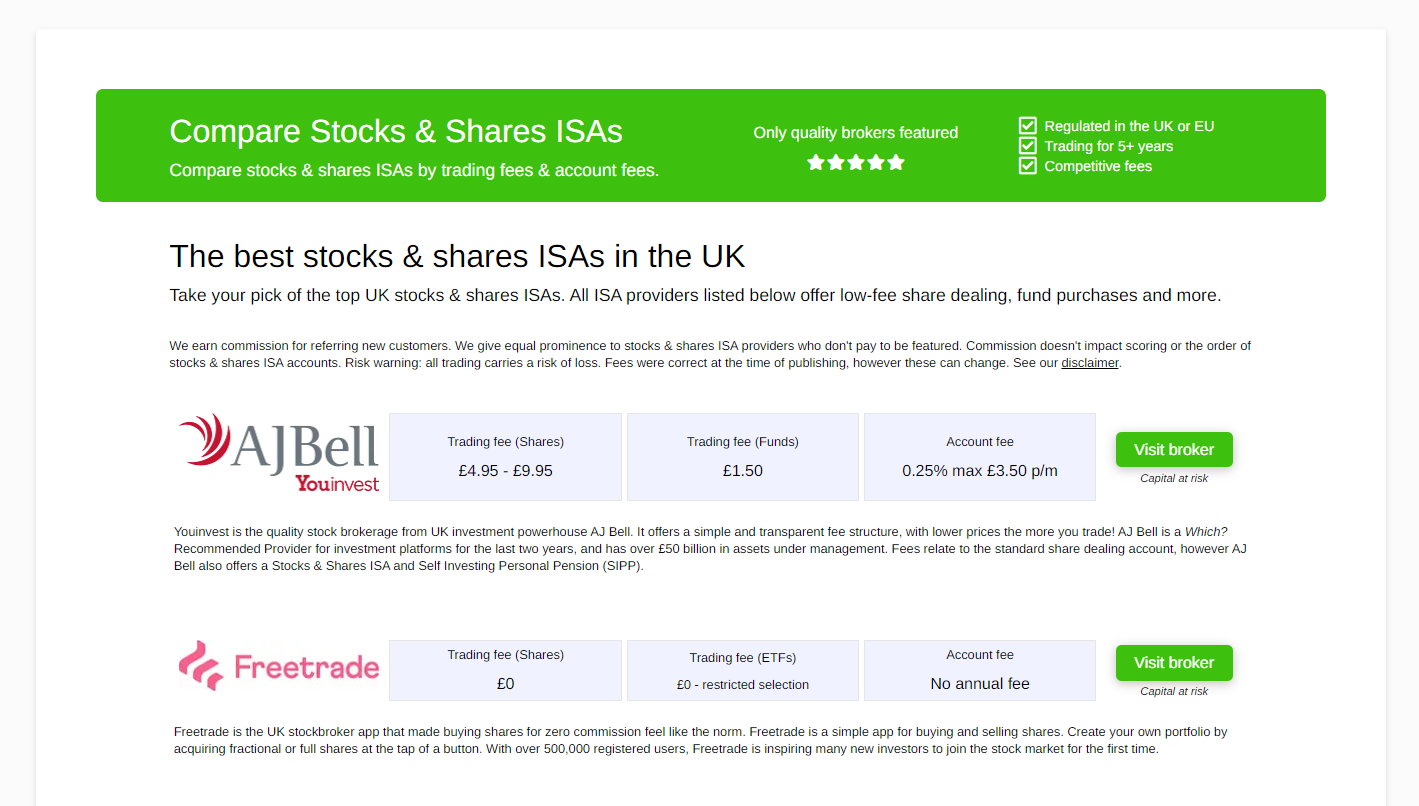 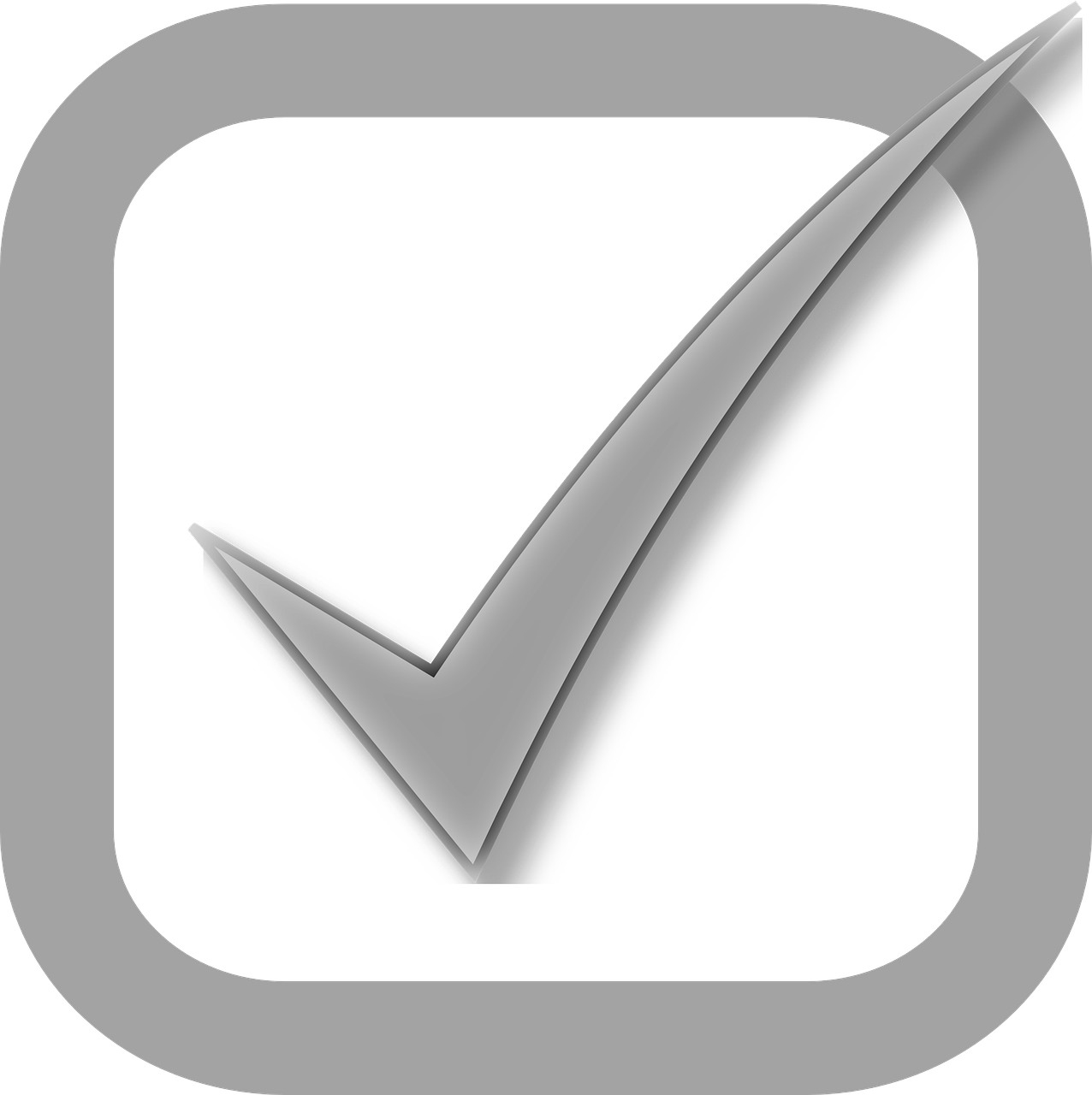 Editor-in-chief Simon Oates has empowered and advocated for private investors since 2011. Now a collective of 20+ contributors, Financial Expert offers a consistent & clear voice in these incredible times.

Thanks to you, we've also planted 6,665 trees through our sustainability partner Ecologi.

Our UK stockbroker pick for 2022

Visit broker
eToro review
Your capital is at risk. Other fees and restrictions apply. For more information, visit etoro.com/trading/fees.

Alternatively, visit our full stockbroker comparison table. We have an affiliate arrangement with 14 UK stockbrokers including eToro.

Click here for our full stocks & shares ISA comparison table. We have an affiliate arrangement with 11 UK stockbrokers including Nutmeg.