Editor note: The article ‘Are Payday Loans a Scam?’ was originally published on Financial Expert in 2010, and received a positive media response. In the years that followed, pressure upon payday lenders from us and other campaigners snowballed. In 2015 and 2017 the Financial Conduct Authority (FCA) finally imposed new, tougher rules on lenders. The article has been updated in 2019 to reflect these events.

What is a payday loan?

A payday loan is a small sum (£50 – £1,000) advanced to an individual for a short period, often for just 30 days. The original purpose of such a loan was to allow someone to cover emergency expenses until they receive their next wage.

The lender will ask borrowers to repay on their payday. This is the date that each customer will have an inflow of cash. Therefore arranging a loan in this way gives the borrower a realistic opportunity to repay on time. This is how these loans got their name.

Payday loans are easily identified by the eye-watering interest rates that lenders charge. The amount of interest that payday lenders charge is capped at 0.8% per day, which is the equivalent of 1,827% per year. Before the new rules came into effect, rates of 5,800% per year were not unheard of.

Payday loans are also extremely accessible. The early 2010s saw a wave of ‘money shops’ spring up in high streets across the UK. The websites of national payday lenders stepped up the convenience even further, promising payments “within ten minutes of application”.

The proliferation of lenders on our streets and their frequent appearance in TV advertisements have changed the public’s perception of loans. Loans are no longer seen as serious obligations which should only be used if absolutely necessary. Payday loans are marketed as an ‘easy’ and convenient way to manage tight finances.

How much do payday loans cost?

Lets put this theoretical APR figure into context. The following loan cost calculation from QuickQuid shows the cost of borrowing £500 for two months.

The total interest for a two-month £500 loan is a whopping £240 – almost half of the borrowed sum.

Who takes out such expensive loans?

We can learn a great deal about payday loan customers from the Competition & Markets Authority (CMA) investigation into the industry in 2015. Their report gives an insight into who chooses to use payday lenders.

The typical borrower is aged between 25 – 35, has a full-time job and lives in rented accommodation.

The CMA found that the distribution of household income across payday loan customers is not significantly different from the wider population. Although they found that borrowers are twice as likely to admit feeling less confident about managing their money.

Due to their high cost, people only take out a payday loan as a last resort. In other words, they appreciate that the interest rate is ridiculous, but they feel they have no other alternative.

It can be difficult to place yourself in the shoes of someone who feels that a 1,600% APR loan is their best option. Commenters are often quick to condemn borrowers as foolish.

Remember that in order for a payday loan to be the sensible option, the following must apply:

The individual does not have

This is a tragic and vulnerable situation for any adult to find themselves in. Payday borrowers do therefore deserve our respect and understanding as we discuss this topic.

How payday borrowing can spiral out of control

The cycle only stops when:

Are Payday Loans a Scam?

When they play by the rules, Payday loan providers do practice a regulated form of lending which is authorised and regulated by the FCA. Therefore the answer to the question ‘Are payday loans a scam?’ is officially no.

However, not all payday lenders have obeyed the law. Many have lent irresponsibly to people who clearly could not afford it – a direct violation of rules designed to protect the vulnerable. Others have used aggressive or manipulative tactics to hound customers in arrears.

In the case of Wonga, it did both.

In 2014, the FCA announced that Wonga had not properly checked the affordability of its loans, as evidenced by the high rate at which its customers ‘rolled over’ their loans rather than paying back. As a result, Wonga was instructed to forgive the debts of 330,000 customers in arrears. It was also forced to allow a further 45,000 customers pay their loans back free of interest.

In the very same year, Wonga was slapped with a £2.4m fine for sending letters to customers in arrears, pretending to be a solicitors firm. The intention was to apply pressure by implying that the debts had already been passed onto a debt collection company.

It is no wonder that the activities of payday lenders were labelled ‘immoral’ by Justin Welby, the Archbishop of Canterbury.

How much money do payday loan companies make?

With interest rates in excess of one thousand per cent, you would expect that payday lenders are making money hand over fist?

This is why Wonga ran out of money and entered into administration in 2018. Payday loan companies struggle to generate a profit for many reasons:

What is the solution?

Tougher regulations (that we welcomed) have been passed in recent years that have helped to shift the balance of power away from lenders, but these incremental changes do not solve the problem completely.

For this reason, we do not accept that the payday loan industry now works for consumers.

1. We need to be more pessimistic/ realistic about our ability to repay loans

In the CMA investigation, survey makers asked borrowers how confident they were when taking out the loan that they would be able to repay it by the agreed date. 95% of payday loan respondents said they were either ‘very confident’ or ‘fairly confident’.

However, a 2012 survey by consumer group Which? reveals that half of payday loan customers missed a payment in the previous twelve months.

Part of the problem is optimism. It can be measured as the gap between those two statistics.

2. Credit Unions should be widely promoted

Credit unions are a traditional and responsible form of lender. They are often run not-for-profit or are owned by their members.

The drawback of credit unions is that they are selective about who they lend to. Many people caught in a payday loan spiral apply for a replacement loan from a credit union, only to be rejected.

The solution is to join a credit union and use them from the outset, rather than using a payday loan in the first place. This way you can protect your credit rating from the defaults which may occur from a high-interest debt snowball.

When is a payday loan the right answer?

The only time when I would personally consider taking out a payday loan is if I could answer yes to all of the following questions:

1.  Do I absolutely require a small amount of cash to avoid being charged a fine, fee or incur another large cost which would exceed payday loan interest?

2. Do I have the means to pay back the loan on time, without a need to borrow again in the following month? Is the answer still yes if a healthy dose of pessimism is applied?

3. Have I exhausted all other means through which to obtain a short term loan, including:

If the answer is yes to all three, I would consider a payday loan. Are payday loans a scam? Not quite, but they’re simply terrible financial services which I would not touch with a barge pole.

Are Payday Loans a Scam?

Payday loans are short term loans offered at high rates of interest, to borrowers that usually have a low credit rating.

Payday loan interest is capped at 0.8%, however this still equates to over 1,000% on an annual basis.

Payday loans are legal. Authorised lenders are regulated by the FCA and are required to act responsibly and check affordability before making a loan to a customer.

Borrowers can find themselves caught in a debt spiral if they roll loans forward. Due to the high rate of interest, the size of borrowings will quickly accelerate, increasing the liklihood that the amount can never be repaid.

Interest rates are now capped, and lenders cannot roll forward a loan for more than three months. But this does not stop customers from taking out loans from different lenders to service a debt beyond this date. Therefore the debt spiral will continue.

Surveys have shown that borrowers are too optimistic about their ability to pay back a loan at the point of obtaining finance. Pessimism should be encouraged on both sides to ensure that repayment is realistic in a range of scenarios.

Credit unions provide an excellent replacement for payday loan finance. These member-owned organisations have no profit motive, and are run for the benefit of their customers.

The interest rates offer by credit unions are much closer to ordinary commercial rates of lending, and should be used instead of payday lending at the very outset when cash is required. 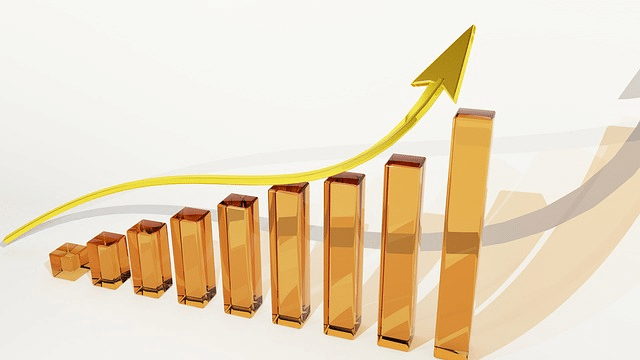 Before you move on, please leave a comment below to share your thoughts. Have you used Payday loans in the past? Was your experience positive?

Editor-in-chief Simon Oates has empowered and advocated for private investors since 2011. Now a collective of 20+ contributors, Financial Expert offers a consistent & clear voice in these incredible times.

Thanks to you, we've also planted 6,665 trees through our sustainability partner Ecologi.

Our UK stockbroker pick for 2022

Alternatively, visit our full stockbroker comparison table. We have an affiliate arrangement with 14 UK stockbrokers including eToro.

Click here for our full stocks & shares ISA comparison table. We have an affiliate arrangement with 11 UK stockbrokers including Nutmeg.

This website uses cookies to improve your experience while you navigate through the website. Out of these cookies, the cookies that are categorized as necessary are stored on your browser as they are essential for the working of basic functionalities of the website. We also use third-party cookies that help us analyze and understand how you use this website. These cookies will be stored in your browser only with your consent. You also have the option to opt-out of these cookies. But opting out of some of these cookies may have an effect on your browsing experience.
Necessary Always Enabled
Necessary cookies are absolutely essential for the website to function properly. This category only includes cookies that ensures basic functionalities and security features of the website. These cookies do not store any personal information.
Non-necessary
Any cookies that may not be particularly necessary for the website to function and is used specifically to collect user personal data via analytics, ads, other embedded contents are termed as non-necessary cookies. It is mandatory to procure user consent prior to running these cookies on your website.
SAVE & ACCEPT